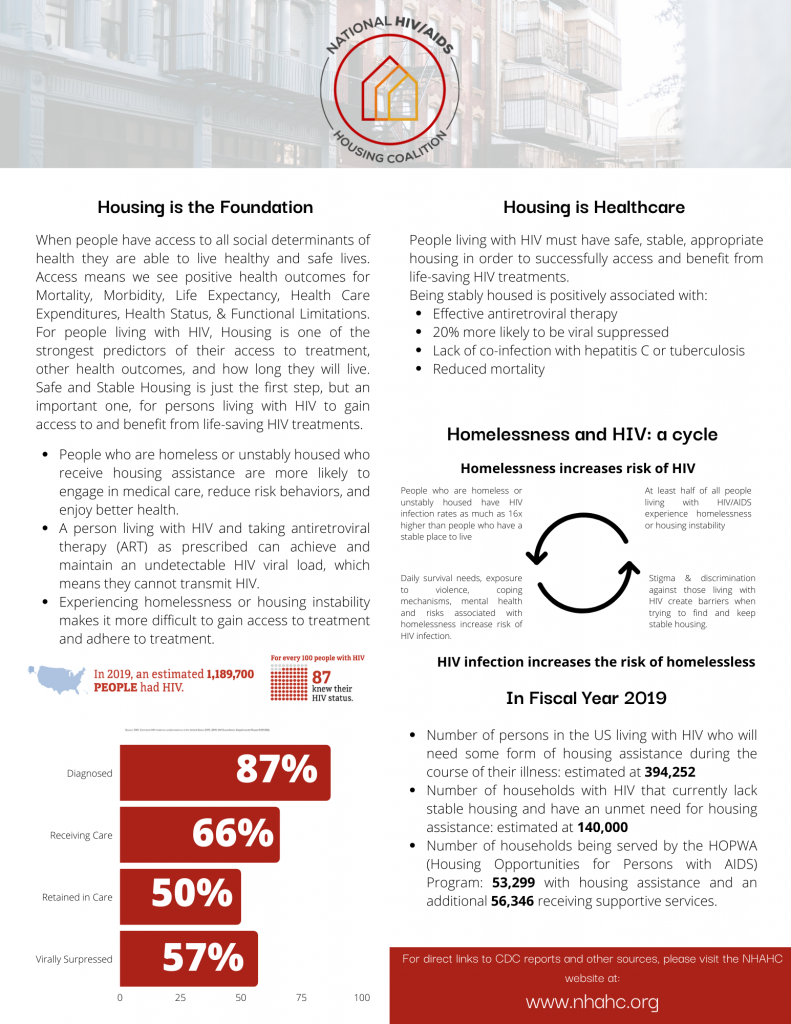 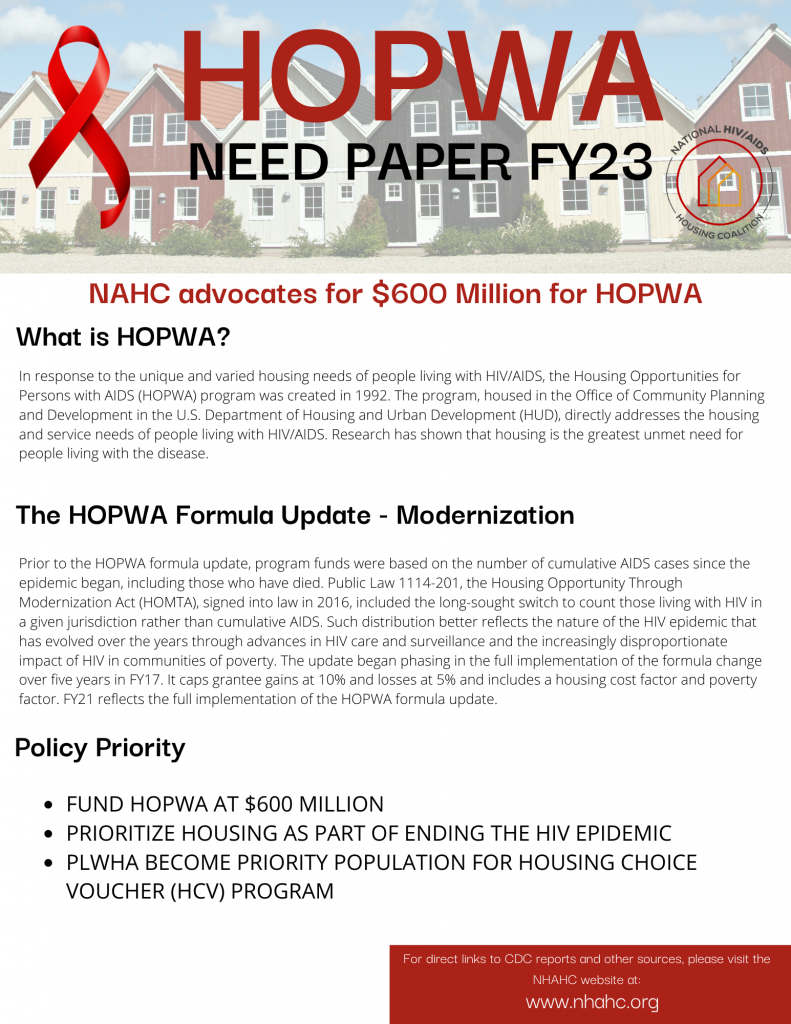 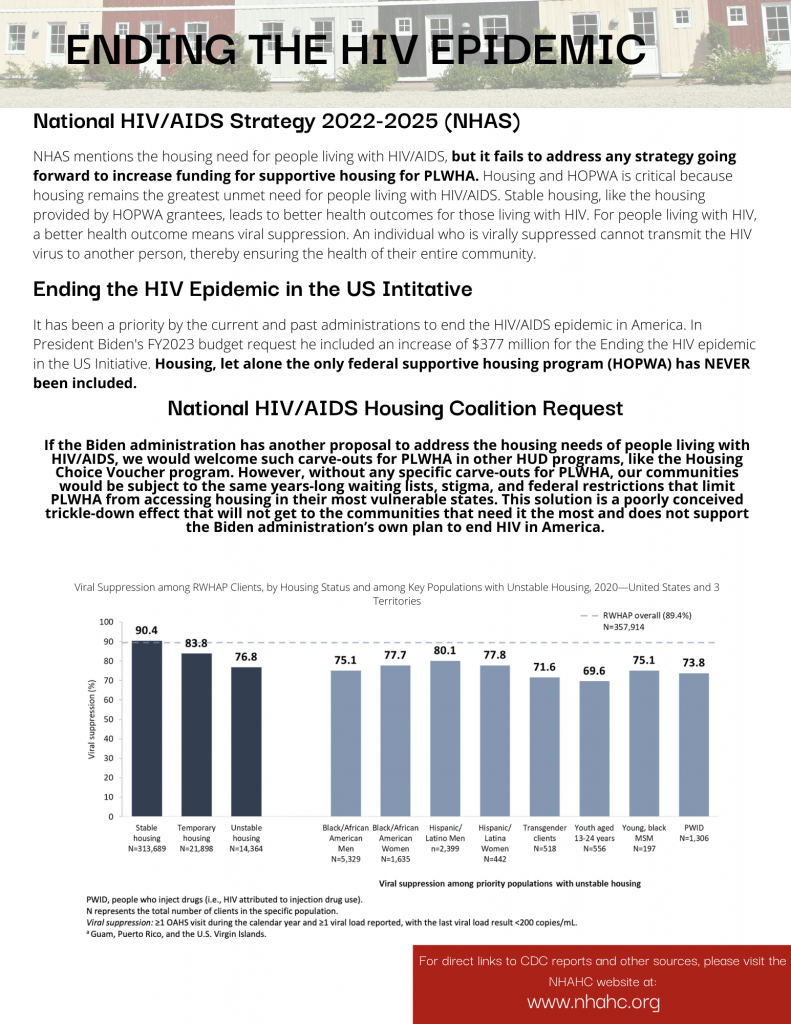 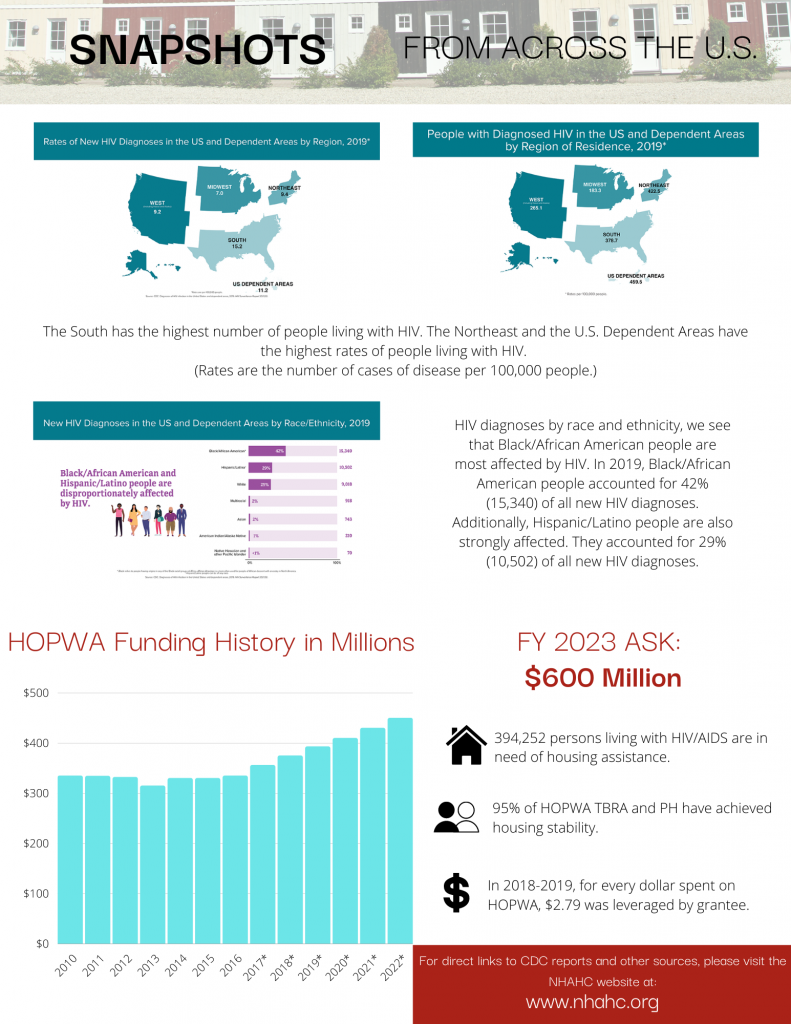 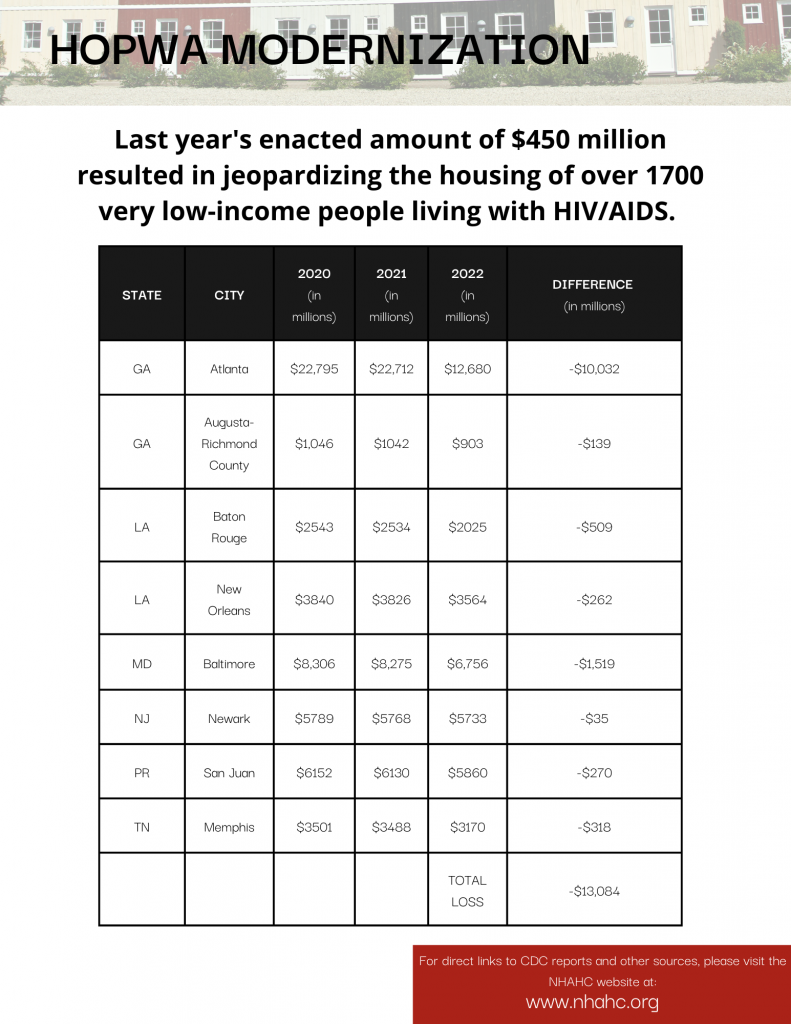 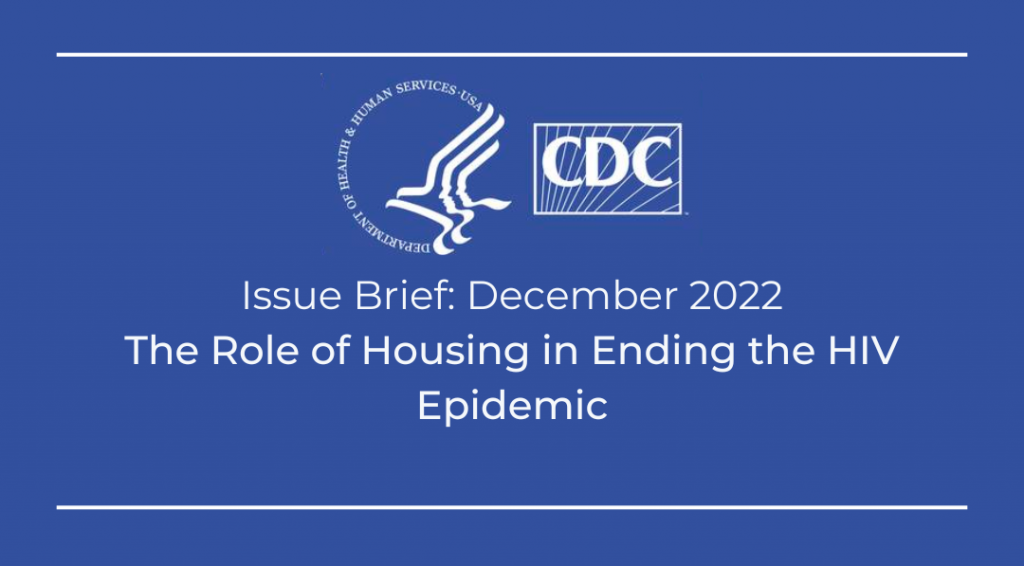 The NHAS outlines priority populations for the prevention of HIV. These persons are identified as:

The National HIV/AIDS Housing Coalition affirms these populations for prevention and also expands this category to include all transgender individuals, the aging population who are 50+, and those engaging in sex work.

Distribution of HIV throughout the United States is not random. There are concentrations of HIV in neighborhoods with high rates of poverty, low access to affordable housing or housing supports, crime, abandoned buildings, and policies impacting vulnerable populations – racial/ethnic minorities, low and extremely low incomes, immigrants and undocumented, sex-workers, those with substance use disorder.

These correlations indicate that having more communal and financial resources, like increased access to housing and supportive services are in vulnerable neighborhoods and under-resourced communities are strategic ways to reach goals in order to end the HIV epidemic in the United States.

Those who are unstably housed and homeless are more likely to contract HIV. These persons are more likely to engage in survival sex, unprotected sex, and share needles. Further, those who are homeless are susceptible to other infections, making them more vulnerable to disease transmission. Ensuring that safe, affordable housing is accessible for those at risk for HIV is paramount to ending the HIV epidemic.