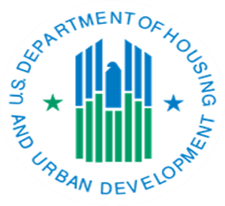 Housing is healthcare. Stable, affordable housing offers the best opportunity for persons living with HIV/AIDS to access drug therapies and treatments and supportive services that will enhance the quality of life for themselves and their families. When people are housed, they can access and adhere to drug treatments and therapies and require fewer hospitalizations and less emergency room care. It has been estimated that as many as half of all people living with HIV/AIDS will need housing assistance at some point in their illness. For many of those, short-term assistance with rent, mortgage, or utility costs alone will provide the necessary support to remain healthy and in stable housing. But others are struggling with multiple diagnoses of HIV and mental illness and/or substance use. Access to housing assistance and services is often further complicated by histories of incarceration, institutionalization, and homelessness. HOPWA housing assistance helps prevent homelessness and creates access to medical care and support services for individuals and families affected by HIV and AIDS.

The President’s proposed FY2018 budget of $330 million for the HOPWA program is once again far below NAHC’s recommendation based on housing need. NAHC recommends $375 million in appropriations for FY2018, which would provide urgently needed housing assistance for people with HIV/AIDS and their families. NAHC’s recommendation also includes funding to keep all jurisdictions level-funded, even those who are poised to lose due to HOPWA Modernization.

Prior to the HOPWA formula update, program funds were based on the number of cumulative AIDS cases since the epidemic began, including those who have died. Public Law 114-201, the Housing Opportunity Through Modernization Act (HOTMA), signed by President Obama on July 29, 2016, included the long-sought switch to counting those living with HIV in a given jurisdiction rather than cumulative AIDS.  Such distribution better reflects the nature of the HIV epidemic that has evolved over the years through advances in HIV care and surveillance, and the increasingly disproportionate impact of HIV on communities of poverty. The update will phase in full implementation of the formula change over five years beginning in FY17, it will cap grantee gains at 10% and losses at 5%, and includes a housing cost factor and poverty factor.

NAHC endorses the implementation of a National Housing Trust Fund (NHTF) that would establish a dedicated source of funding to produce, rehabilitate or preserve as primarily rental housing affordable to extremely low income families. The goal of the fund is the production and rehabilitation of 1.5 million units over the next 10 years. Trust Fund supported projects must remain affordable for 50 years, and 75% percent of funds must serve extremely low-income people.

HISTORY OF THE NHTF

The National Housing Trust Fund (NHTF), created in 2008 and funded in 2016, is the first new federal resource in a generation specifically designed to increase the supply of affordable housing for the lowest income households. Current funding to the NHTF is woefully inadequate to meet the immense demand for such housing. The National Housing Trust Fund was established as a provision of the Housing and Economic Recovery Act of 2008, which was signed into law by President George W. Bush. The passage of National Housing Trust Fund legislation is a major victory for low income housing advocates and the lowest income people in our country with the most serious needs. The housing trust fund will provide communities with funds to build, preserve, and rehabilitate rental homes that are affordable for extremely and very low income households. The Housing Trust will provide significant new resources to the NHTF through two simple changes to the mortgage interest deduction (MID): Reduce the portion of a mortgage eligible for a tax break from $1 million to $500,000 (homeowners would continue to get tax relief on the first $500,000 of their mortgage), and convert the deduction to a 15% non-refundable credit, helping millions of low and moderate-income homeowners who currently don’t benefit from the MID. These two changes would save more than $200 billion over ten years to invest in the NHTF.